Last update in early February I was already quite busy creating a new berry garden and just started the digging into the slope to create a new garden bed. Now that both are finnished it is time for another small update.

In the berry garden all the plants are in and I have put a good layer of bark in between the bushes. More to the main path forest strawberries are used as a ground cover. The only non-berry that survived in that part of the garden is the Rhubarb. And we already had the first stems harvested.

Talking about harvest, this brings me to the indoor seeding efforts. I didn’t have a lot of loss this year and the seedlings are doing well. Tomatoes, bell pepper, chilli pepper, physalis, aubergine and shiso are thriving on a improvised table in the kitchen. Cauliflower and Kale are growing in the glasshouse. Unfortunately a hot day, while on holiday killed half of the cauliflower sprouts. But there is still time to resow. Here is a small overview of what I have sowed inside so far : 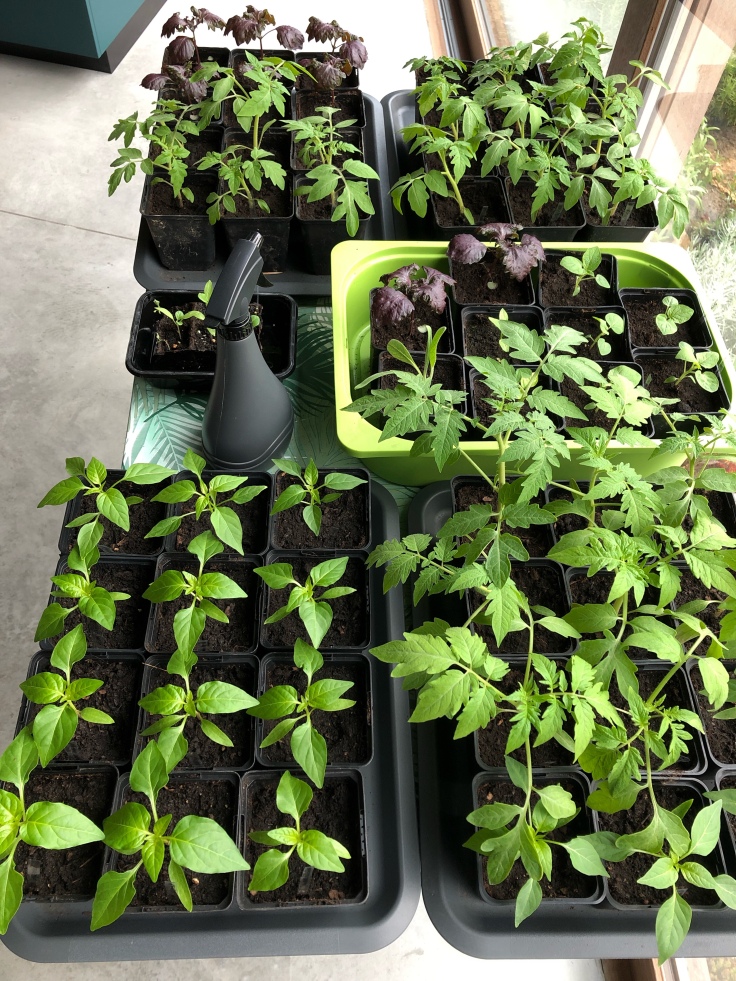 Also outside the first seeds went in the ground. Broad beans were the first to pop up and now also mixed salad and radish start to show. Parsnip (Tender & True , what is in a name) is always a bit slower, but it will get there in the end. Today I will add another improvised table in the kitchen for the July sowing marathon.

And then there is the new border next to the swimming pond. It was a tough job, but I have to say I am quite pleased with the result. The existing situation was a flat part next to the pool of about 1m20 with a grass path leading to the glass house. Next to the path the slope went up with nothing but weeds and some wildflowers. After digging out about 30 wheelbarrows of sand (thanks to the guys for helping me out) I was ready to build a retaining wall. I actually used the most common cheap dark grey pavers and piled them on top of each other (with a slight angle towards the slope) Getting things levelled was the toughest part. First I planned to put some plant holes and bee hotel parts into the wall, but the plain result looked much better. When that was finished I also removed the grass path and used some small, but long concrete pavers to make a more informal way to the glasshouse. In between the pavers creeping thyme will soften the whole path. 240 plants were added around the path (mostly the same kinds I planted around the main terrace to keep some unity). 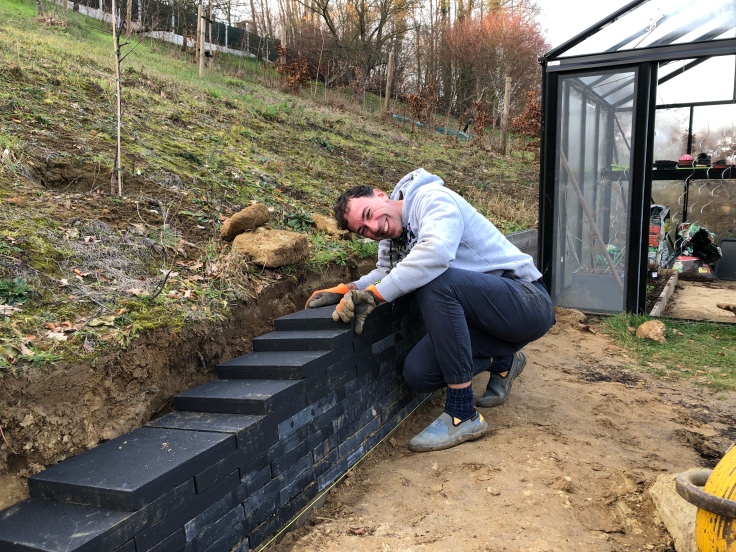 So that was a small update on the garden. The spring flowers are popping up everywhere, so step by step the garden is jumping back to life ! Yesterday the swallows also arrived and giving us a free air show when coming to drink in the pond.  Enjoy Spring and if you have any more questions or remarks, please don’t hesitate to put them in the comments. 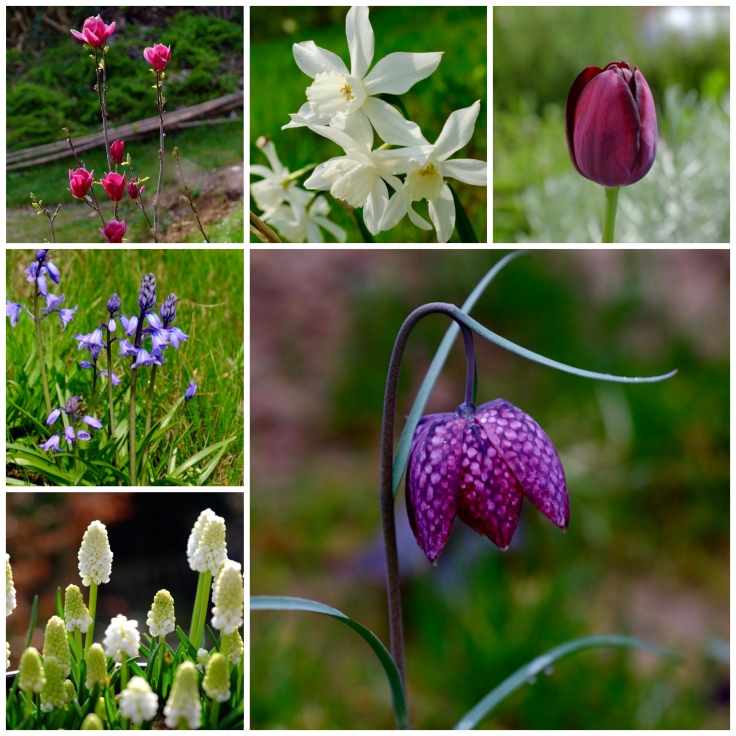 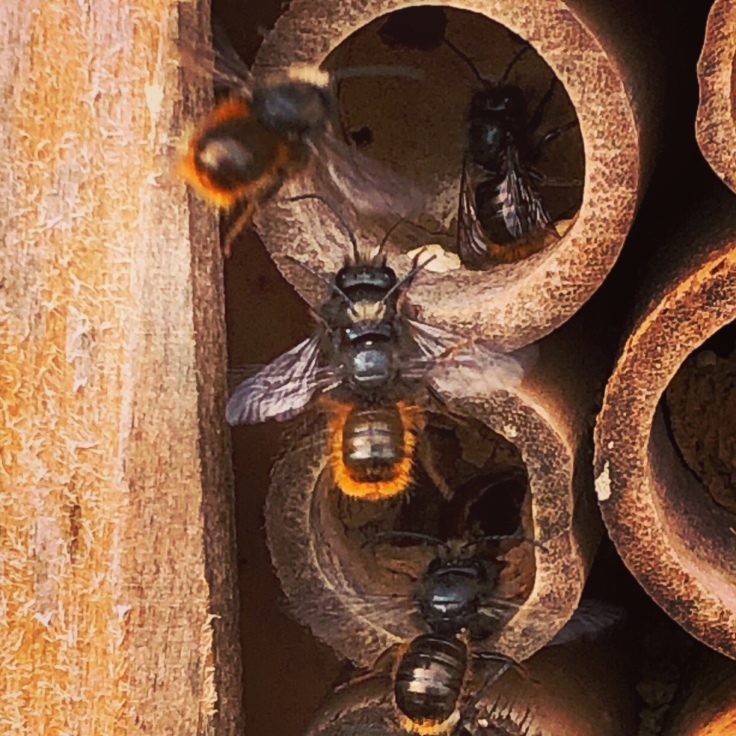