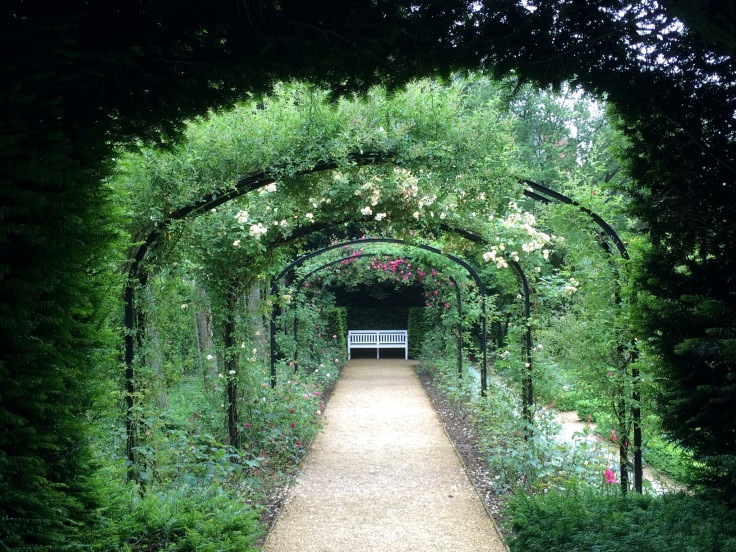 When you get lost in one of the fancy residential areas around Uccle (Brussels)  you might stumble upon a bright red brick art deco building : the Van Buuren museum. This beautiful villa stands out, as it’s built in the more sober Amsterdam school art deco style. It was built in 1928 by the Jewish banker David Van Buuren and his wife Alice. It’s packed with rare furniture and some beautiful art pieces from Breughel to Van Gogh and from Ensor to Woestyne. 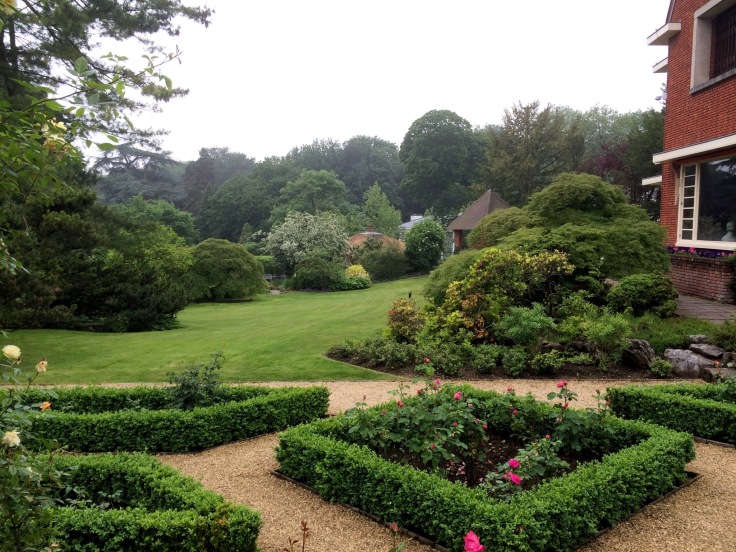 Since the death of Alice Van Buuren it has become a museum and it’s more than worth a visit. But this time I’ll focus on the garden, which can be visited separate from the museum for a smaller entrance fee. In recent years the garden is beautifully restored and back in its full glory.

The oldest part of the garden is just next to the entrance of the Villa and is a small nice rose garden in Art-deco style. This part, the work of Jules Buyssens, dates back to 1924 and was even there before they started building the house.

It’s geometrical shapes are a perfect example of the art deco design of this rose garden. Next to the low geometrical part you can walk through a tunnel of climbing roses. Et the end of this path you can choose to turn right in the picturesque garden or enter straight in the labyrinth.

The Labyrinth is not only a fun part of the garden it also bears a lot of symbolism. 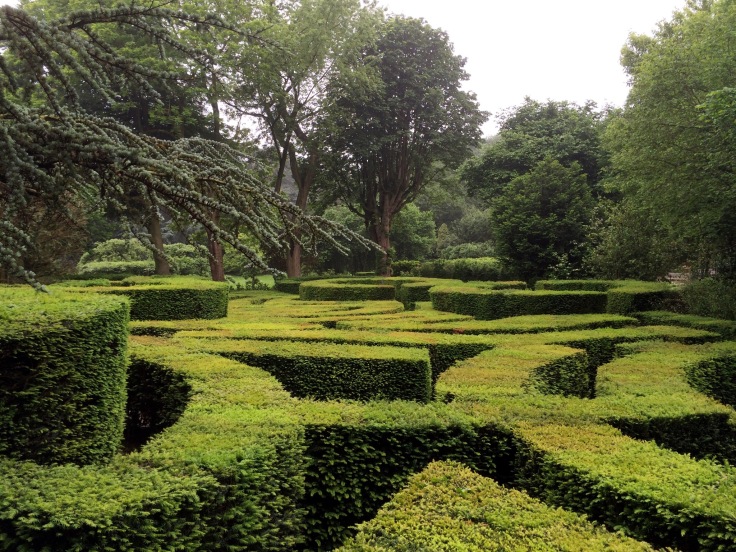 It’s Alice Van Buuren who asked in 1968 the famous garden designer René Pechère to draw this labyrinth. It’s actually based on the labyrinth of King Minos of Crete that can be found back on a painting of the school of Breughel, and that is hanging into the Van Buuren house. The Labyrinth is mad in yew hedges and contains 7 “rooms”.

Each of this rooms has a pavement which represents a theme from the biblical Salomon songs. In each room there is also a statue made by André Willequet  representing a verse from the Song of Salomon. It surely is a beautiful addition to the garden and adds a spiritual layer. When you managed to find your way out of the labyrinth you arrive in yet another Rose Garden. 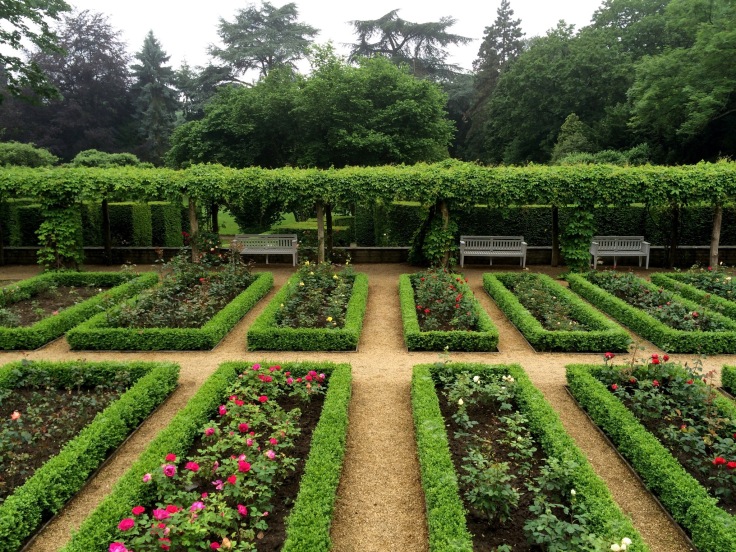 This big Rose garden used to be a tennis field and also a place where the Van Buuren hosted quite some garden parties. The 14 flower beds now contain some old rose varieties such as the Liz Taylor, Queen Elisabeth or Farah Diba. This part used to be the end of the original property, but after the death of David Van Buuren, Alice bought more land to expand the garden. We now take some steps down and enter probably the most romantic part of the garden : The garden of heart.

The garden of heart is also an addition made by Pechère and is an ode of love  from Alice to her belated husband David. The secluded garden in the form of a big heart contains 12 smaller hearts in boxwood and has an almost sacred atmosphere. Further down you enter a the orchard. Although not so many fruittrees are still there, it is surrounded by some beautiful and sometimes rare big trees.

After taking our time to take a rest and enjoy the piece and quiet in the middle of the city we continue our exploration of the garden. We now go back uphill towards the house. Once passed the big rose garden we come in the last zone to visit : The Picturesque garden.

In this part you can admire some old rare trees, such as the two Japanese Acers that are already over 100 years old. Or what to think of the strange japanese bitter orange ? Some beautiful flower beds surround a big lawn and a small water feature. Also worth to mention are the different kind of pine trees in this part of the garden. I hope you ever have the chance to visit this wonderful city garden, which truly is a work of art. 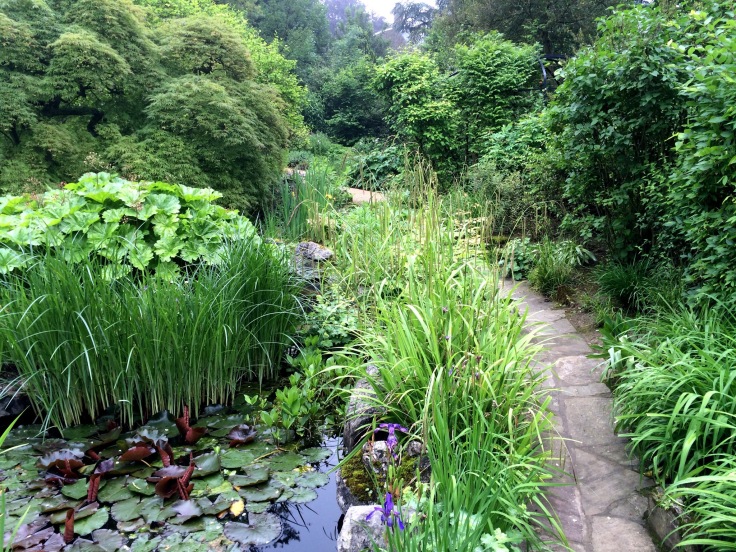 Van Buuren museum is one of these rare places where you can see a beautiful garden, great architecture and top art in one place. Enjoy !