And once again we end up at an old abbey that also go with some gardens. The gardens of Royaumont Abbey are completely different than the ones at Valloires Abbey. Here the focus lays completely on kitchen gardens. And they sure did some experimenting with them ar Royaumont.

The Royaumont Abbey is situated about 40km north of Paris and used to be an old Cistercian abbey. This was however not an ordinary place, it was built in the 13th century with the support of King Louis IX and several members of the royal family were buried here. As so many abbeys in France it got a big setback during the French Revolution. It was sold and the church destroyed to build a textile factory. Luckily the cloister and main buildings survived. In 1864 it became the home of a religious congregation again but they sold the property again in 1905 to the Goüin family. They Still own the whole site these days and founded the Royaumont Foundation and opened it to the public. 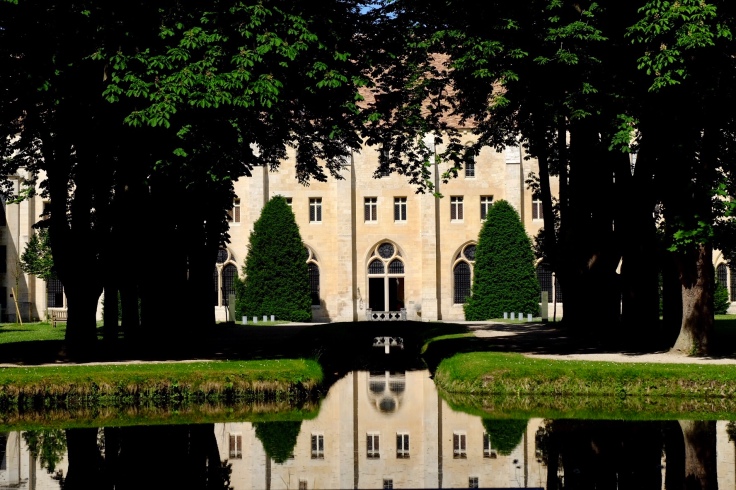 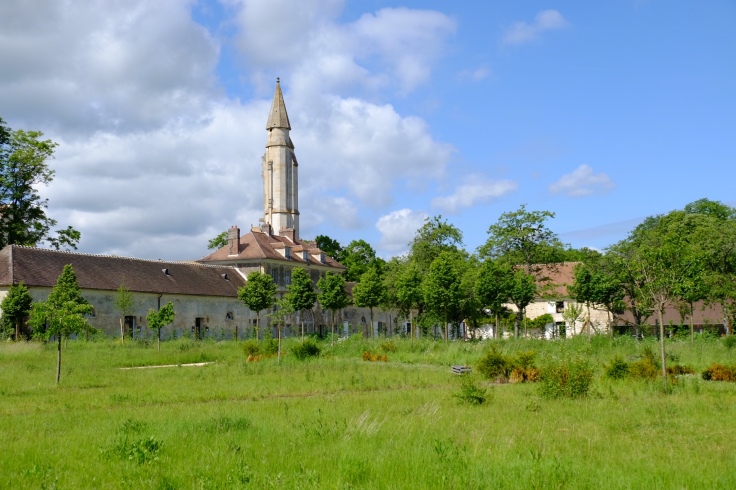 When you enter the grounds you immediately have a beautiful view of the Abbey reflecting in canal that leads you straight to the entrance. In this part you can see some more canals and water. The monks diverted two rivers and a spring towards the abbey grounds and when it was turned into a textile factory even more canals were added. Nowadays they look like an aesthetic feature, but they were purely practical and used to first clean the latrines and later to produce energy for the machines and to launder the textile. In front of the round reflecting pond you can go to your right towards a cave built into a mount of debris from the old church. On top of the mount you get a nice overview of the next part to visit : the kitchen garden.

This kitchen garden looks a bit wild, but is still maintained. Although the idea of a kitchen garden fits well with the old monastic theme, this is a contemporary take on it. You do have the rows of vegetables, as we know in most kitchen gardens, but within large squares many plants are put together as in a flower border, letting the plants grow freely and self seed. This conceptual garden was created in 2013 by Astrid Verspieren and Philippe Simonnet. It contains over 160 vegetable varieties and 60 espalier fruit trees. It’s a real delight to wander around and take it all in. It is also a living laboratory and tries out new concepts of organic gardening and limit the watering to a minimum. It is definitely inspiring and educational.

A second garden can be found in the old cloister and is a very formal French style monastic garden, Also here no literal reproduction of what might have been there, but an interpretation with some twists. It’s quite bare, but fits perfectly in the geometrical setting of the cloister. It adds to the calm and serenity of the place. Last but not least there is the garden of 9 squares, created in 2004. It is situated next to the monks’ old kitchens and it revokes a medieval kitchen garden. What is so so special is that every 3 years they change the planting to showcase a different theme and turn the whole garden into a new exhibition. The nine raised beds are surrounded by a living fence made out of willow.

At this very moment the theme is “between east and west, the travels of plants in the Middle Ages. It looks into the influence of trade and migration of seeds and plants throughout history. Plant migration changes the landscapes and nature constantly and even nowadays we see it happening in a faster pace caused by climate change.  What is still a local plant ? Already for a  long time we know how migration of people throughout times changes culture, and mixes habits and traditions. But what is the influence of plant migration, hybridization and genetic modification on the botanical world. It is very hard to track down the origin of certain plants and to determine what is local indigenous planting. You get an interesting leaflet at the entrance which gives you a large explanation of each plant on show. Also very beautiful is the row of beautiful stoneware pots of Orangerie Vienne. I wouldn’t mind having one of those 🙂 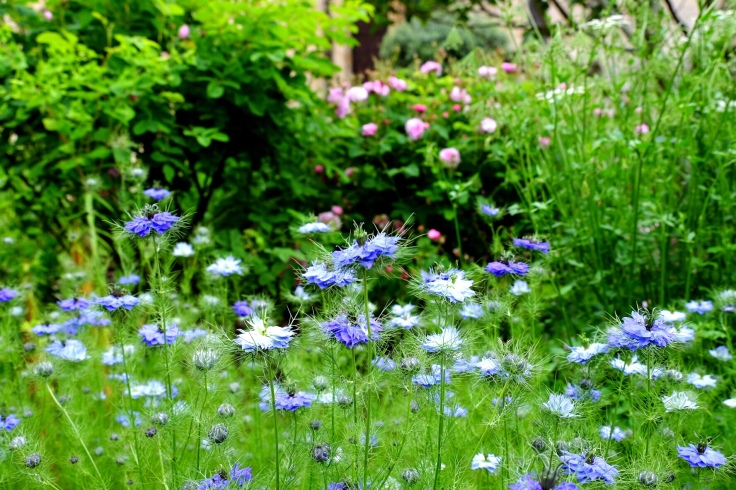 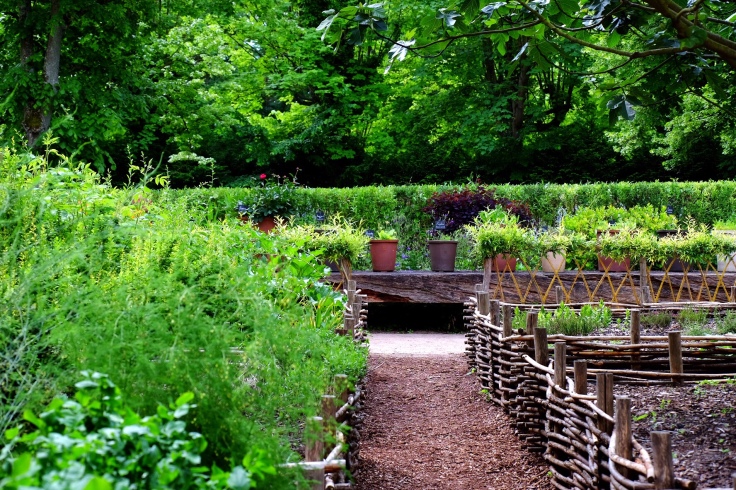 Maybe not the prettiest of gardens we have visited, but one of the more educational and inspiring ones. The setting in this historical place only adds to the charm. More then worth a vist !

One thought on “Royaumont Abbey & Gardens”