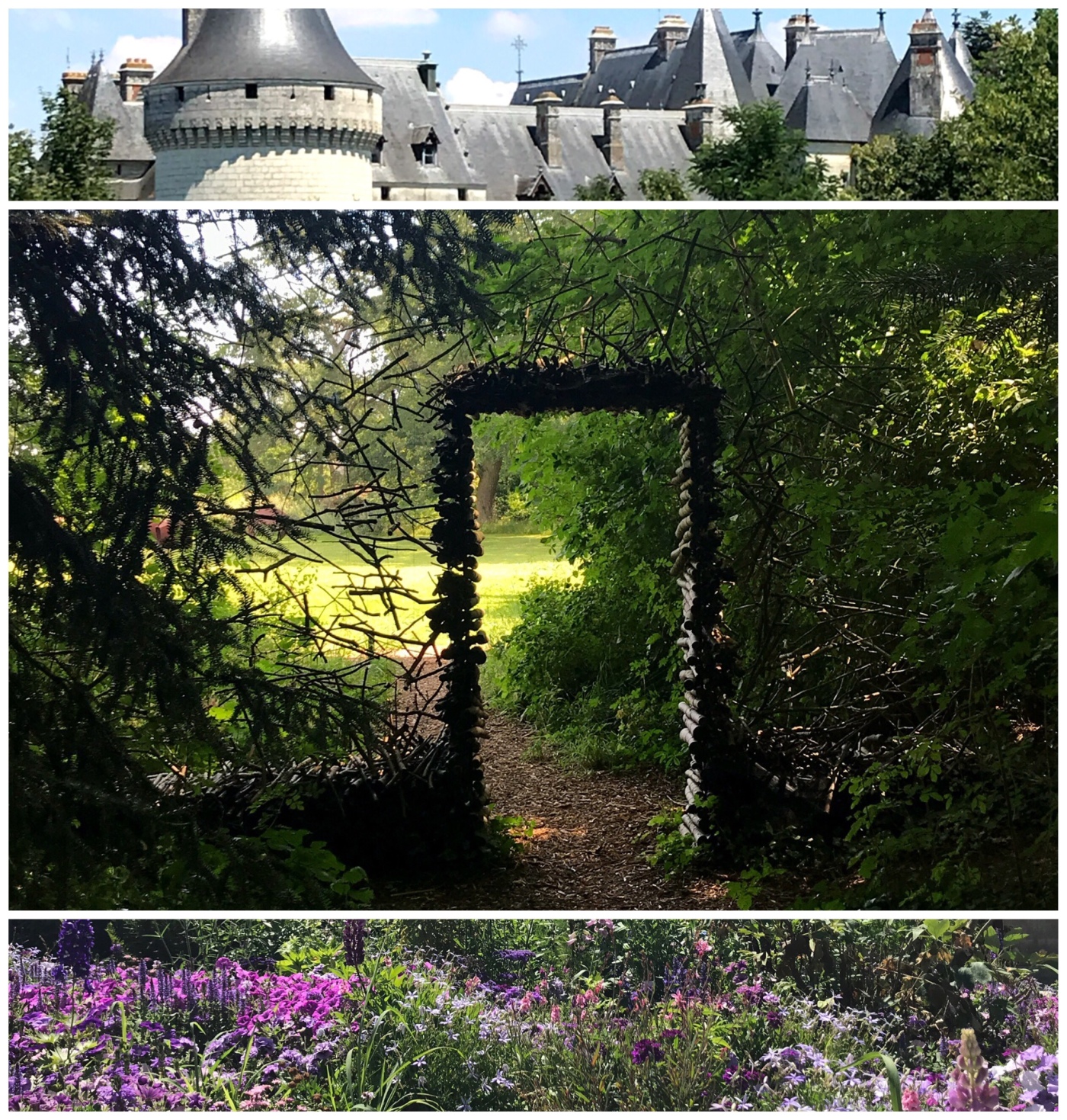 We are just back from a very inspiring trip to the Loire Valley in France. Not only is this  region dotted with incredibly beautiful castles, but also with some stunning gardens and parks. So yes, you can expect the coming weeks some posts on different places we have visited. We start off with one of the most inspiring sites on our trip. The domain of Chaumont-sur-Loire. As there is really too much to see and tell to put it all in one post, I decided to split it in two. I’ll start with a general introduction about the Domain as an art and nature centre and focus on the creative interventions and the history. In the next post I will focus on the yearly International Garden Festival on its grounds.

The castle of Chaumont-sur-Loire was founded around the year 1000 by Odo I, the count of Blois. It went into several hands until 1054. from then on it stayed in the hands of the Amboise family for 5 centuries. It was burnt to the ground in 1465 by king Louis XI, who wanted to punish Pierre d’Amboise for his revolt against the King. After this misfortune the castle was rebuilt and the Family became more close to the monarchy and gained great power. In 1550 however the castle was bought by Catherine de Medici, married to King Henri II, who used it as a stop-over between her other castles in the region and as a hunting ground. After the death of her husband, she became the ruler of France and asked her former rival, Diane the Poitiers, to give her back the castle of Chenonceau. In return Chaumont was given to Diane. Later in the castle was a real centre of intellectual and creative activity until 1938, when the castle was given to the state by Princess de Broglie. Inside the castle you can visit the historical apartments and private apartments. Especially interesting is the council room with its beautiful majolica tiles in Renaissance style. This year also the attic servant rooms are part of the tour you can make. It’s clear the horses were better off then the servants. 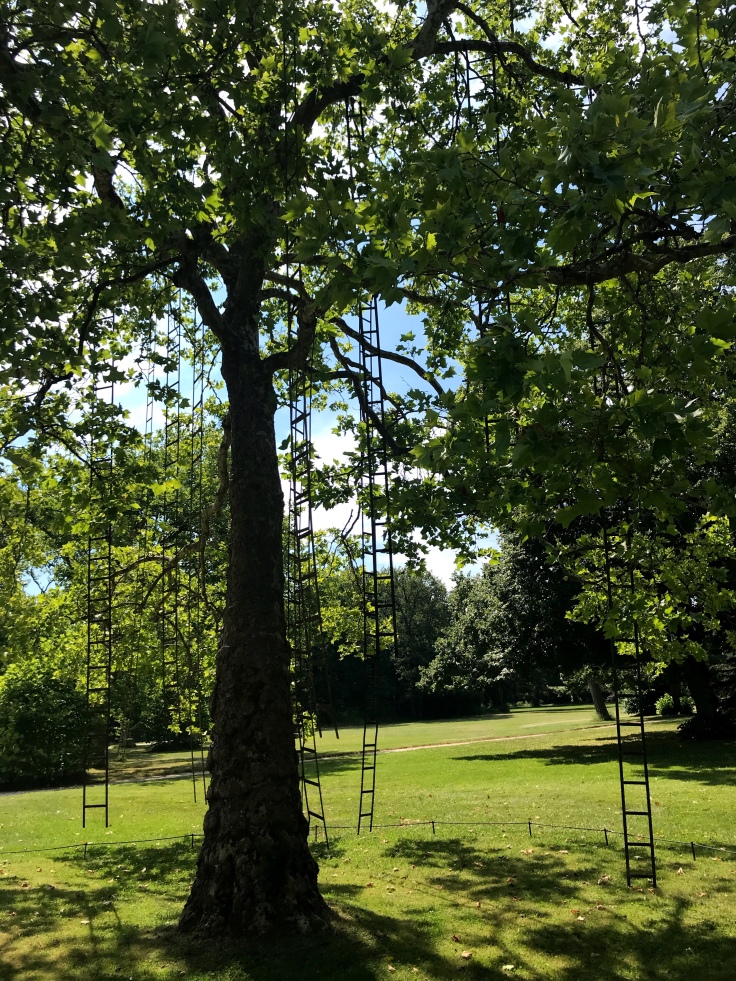 The park and gardens around the castle are actually quite recent. Only in the 19th century the grounds around the castle were turned in an English style landscape park. Before the village was located in front of the castle, but Prince de Broglie bought the whole village to make way for his park. He funded the rebuilt of an entire new village next to the river to replace the old one. The evergreen trees make sure the outlay of the paths and structure are still visible in winter. You can still admire these century old cedar trees today, which are an attraction on there own. Nowadays the park is dotted with artistic interventions by some world renowned artists. 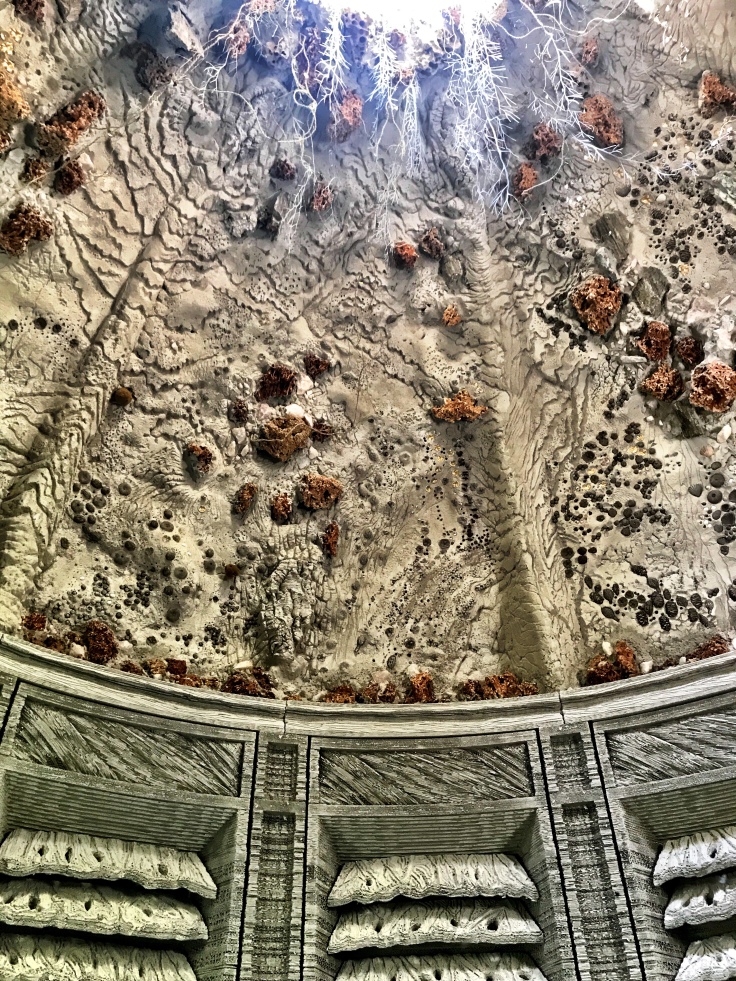 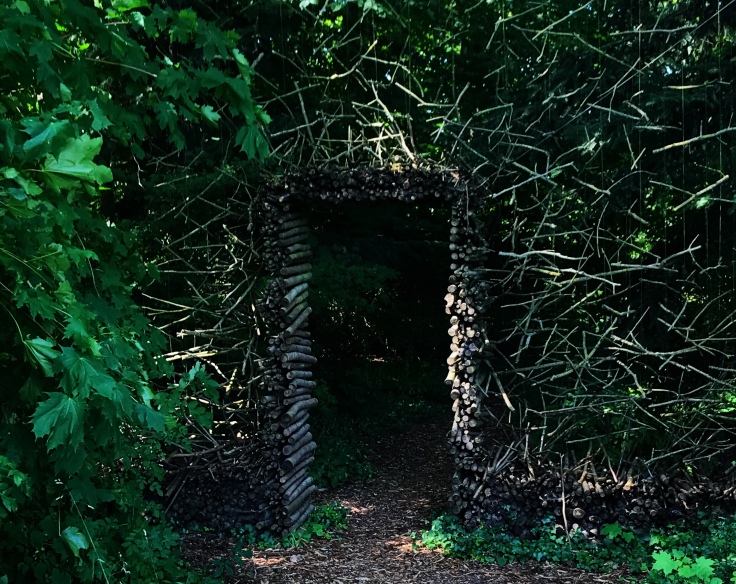 One of my favourite works is “the passage” of Cornelia Konrads, a gate that seems to dissolve and bring you into a mystical world. Or what to think of the giant “nests” of Patrick Dougherty. It’s really a delight to wonder around the grounds and discover all the works. In between the artworks you might also bump into an oddity in the forest : a real dog graveyard, which even includes the grave of an elephant.

More art and garden design is to be found in the Prés du Goualoup. This large meadow contains now the Japanese, Chinese, South Korean and English garden. The Japanese garden is designed by the renowned landscapers Shodo Suzuki and Fumiaki Takano. The made a lagoon dotted with rocks and created a calm area that invites to contemplation. Contemplation is also a theme in the Korean garden Where you can sit in a secluded space around a central water mirror. In the corner you can see the typical earthen pots, used to make kimchi. More conceptual is the garden of Wang Shu, winner of the Pritzker Architecture Price. He covered a pond with a structure of beams, turning it into an intimate nest, surrounded by the lovely smell of honeysuckle. Also quite magic is the “Square and Round” garden of Yu Kongjiang. You walk over a pathway onto the dark water surrounded by red bamboo sticks. Don’t mist..euhm miss the installation of Fujiko Nakaya, who creates a cloud in between some birch trees. 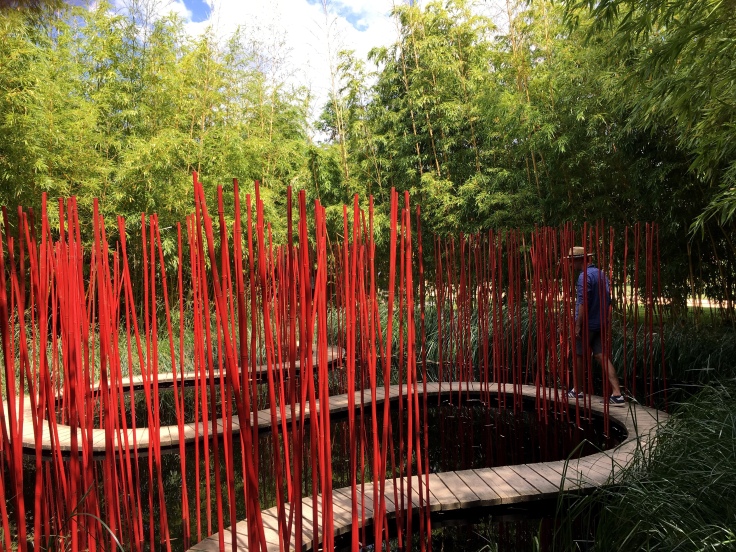 Another area of intrest is the model farm, with it’s different galleries for more artworks and the beautiful tropical greenhouse. And definitely don’t miss the stables. These were built in 1877 and were one of the most luxurious in the Europe.

I mentioned before that Chaumont-sur-Loire also houses a yearly garden festival on its grounds. Very year about 24 show gardens are created by teams from all over the world. I will tell you all about this year’s festival in my next post. To be continued…