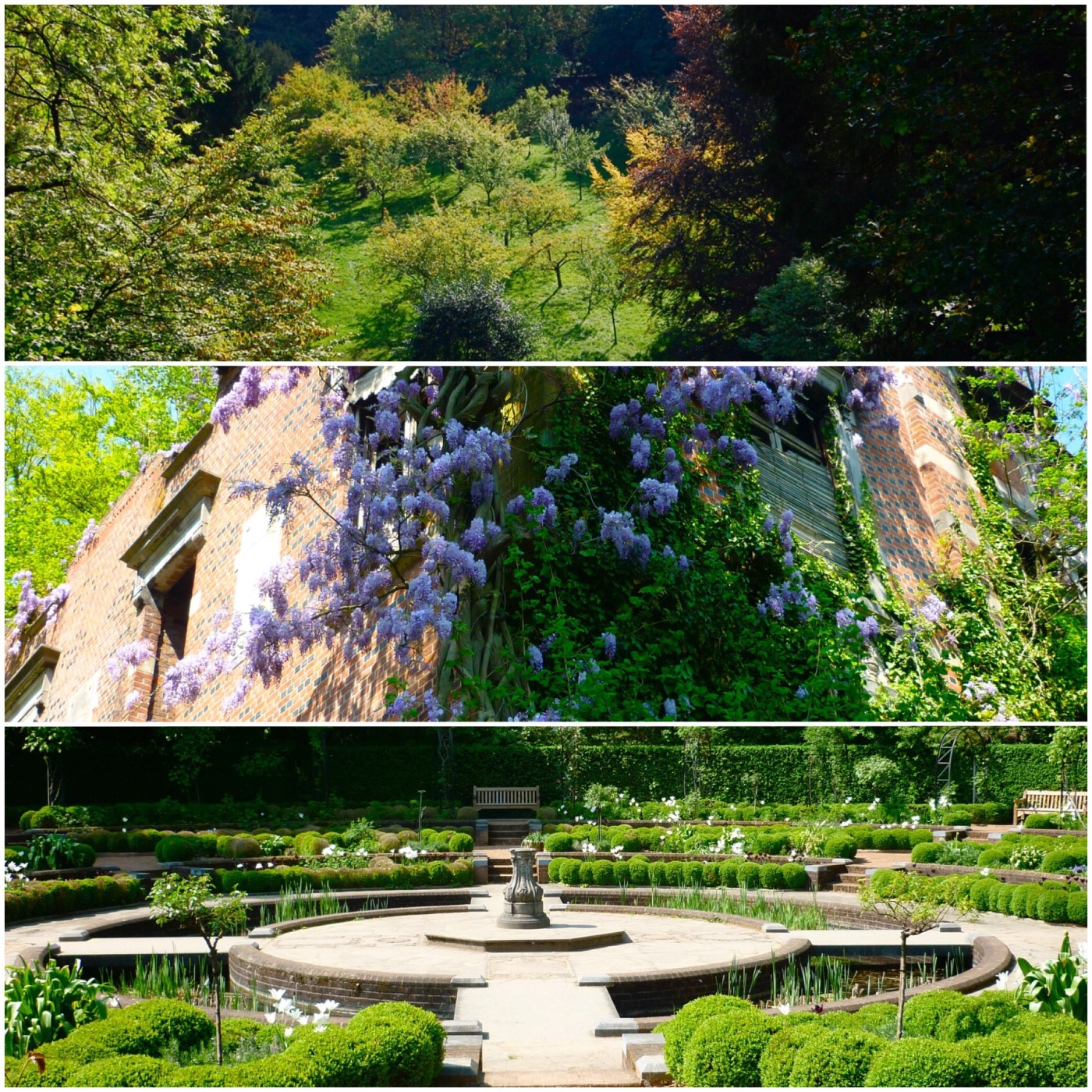 For now I mostly covered the South-eastern part of Brussels and I promise I will soon also cover the northern parts of the Brussels region. But today I will take you to one of my favourite parks in Brussels : the Tournay-Solvay park, conceived by Alfred Solvay in 1878. When you are standing in front of the entrance at the busy Terhulpsesteenweg, near the station of Bosvoorde, it’s hard to imagine you’ll find a peaceful romantic place behind these gates. 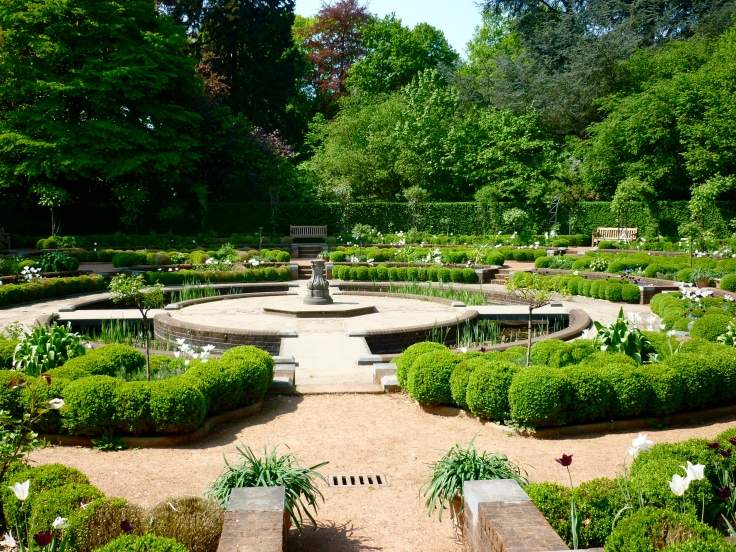 As soon you enter you start climbing and one of the first things you’ll pass is a big stone Olmec head, of which I will surely tell you more in one of the “statue of the week” posts. Keep on climbing and try to find the hidden beautiful round rose garden, which feels like a secret room that contains 150 different varieties of roses. Nearby you find an old red beech tree that has a huge iron triangle balancing against it, a work from Italian artist Mauro Staccioli. Further up you stumble on all what rests of the castle, that burned down after squatters were putting a fire on the wooden floors in 1982. Since then nature took over and a huge Wisteria covers the ruins. Many projects to renovate the castle were cancelled due to high costs. Rumours go around that the castle ruin is now bought by a Spanish noble family who wants to renovate it. We’ll see said the old oak tree. (Update : The castle seems to be still in the hands of the Brussels region and they are looking into renovation now) 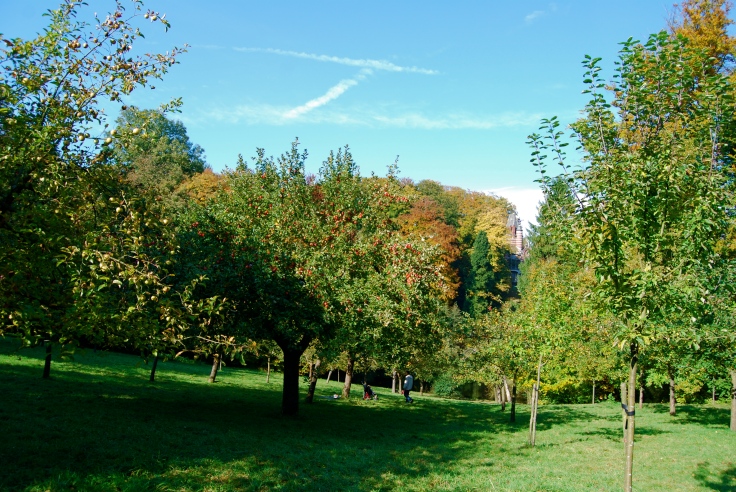 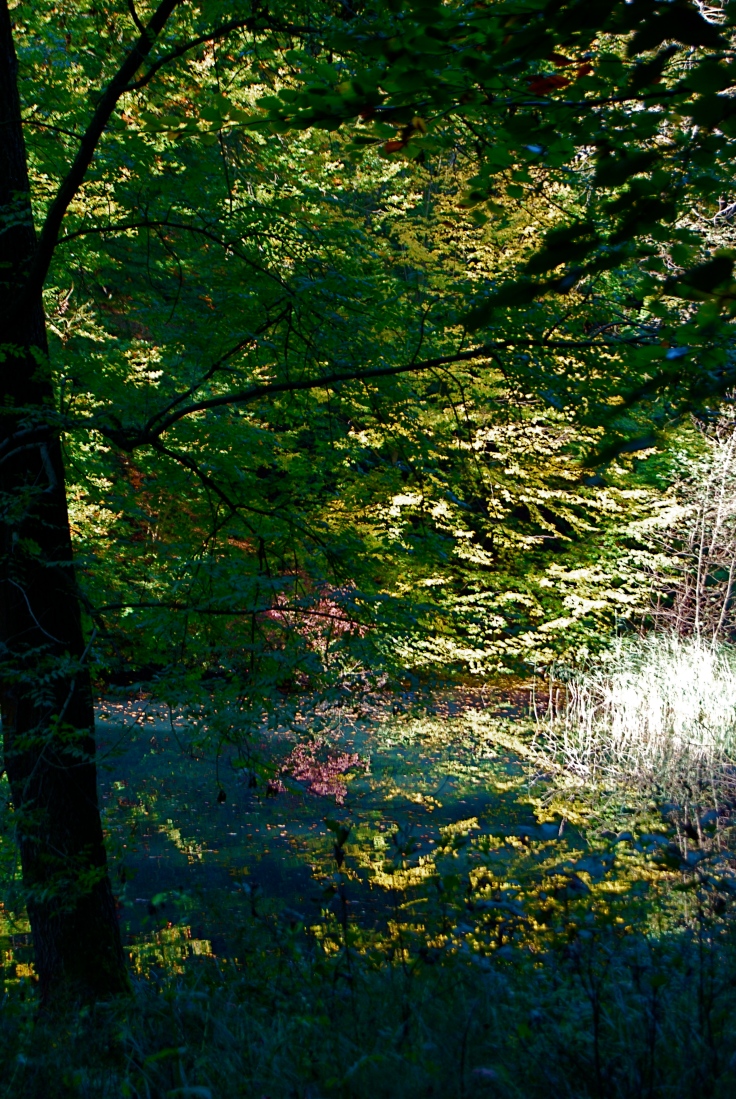 From this point the landscape takes a deep drop down towards some small lake surrounded by yellow lilies and meadowsweet, after which the path steeply climbs up again through a romantic orchard. An ideal place for a picnic or just to take in the intimate green landscape. 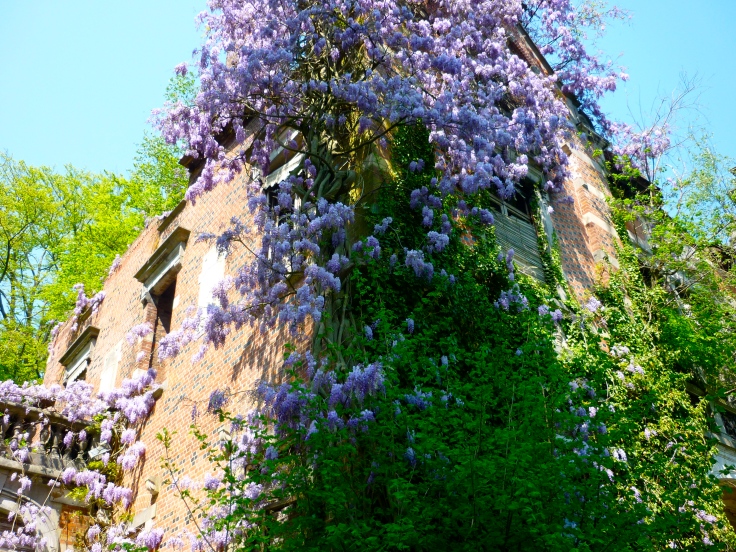 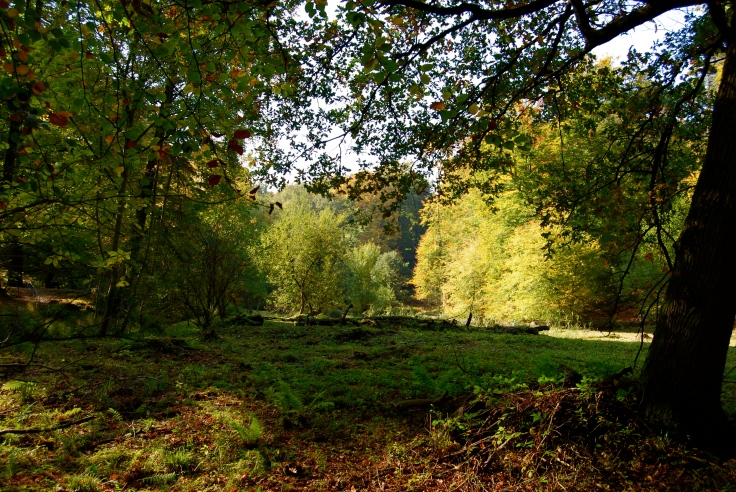 At the top you’ll find the wonderful renovated secluded vegetable garden with a little fountain in the middle. People from the neighbourhood are keeping up these garden plots and can use the fruits and vegetables they harvest. Don’t be naughty, just look around and don’t pick the fruits and vegetables. Here we are at the back of the park where you can enter one of the nicest parts of the Sonian forest.

One thought on “Tournay-Solvay park, a romantic microcosmos”