And here we are, still alive with a small winter-update. I have to admit it has been a while, but in winter time this blog always goes a bit in a winter sleep. Talking about winter, what has brought it to you this year ? We literally didn’t have any weather that catagorizes under that word. Besides some light night frost we had mild temperatures and not a single drop of snow. It actually worries me a bit, as winter is also some natural pest control in the garden and keeps everything in balance. We had a few storms, but luckily no damage.

But on the other hand I had quite some time to tackle some bigger works in the garden. One of those works was constructing some stairs up the slope. Although there is a path that goes up towards the garden shed, lazy me always took the short-cut via the steepest part. This resulted often in sliding, falling and dirty pants… and a deep wish to get some stairs in. They are quite basic, with some concrete border stones and gravel, but they will fit the purpose perfectly. The idea is to surround those stairs with more woodland planting and the idea is that they can get a bit overgrown for a more natural look.

Another big work I did is moving the raised beds of the vegetable garden up the slope next to the glass house. This meant I had to completely dismantle them and rebuilt them to make them fit for the slope. The good thing is that the front of those raised beds are now quite high and so make them so much easier to work in. Also here I have put in some stairs, but instead of filling them up with gravel I used the, oh so present, lime stones that I dug up all over the garden. It actually gives bit of a mediterranean feel to it. I am still working on this, as it’s quite time consuming and I start to run out of lime stones (who would ever have thought that ?) The space where the vegetable garden used to be will now be turned into some big flower beds and a cutting flower part. 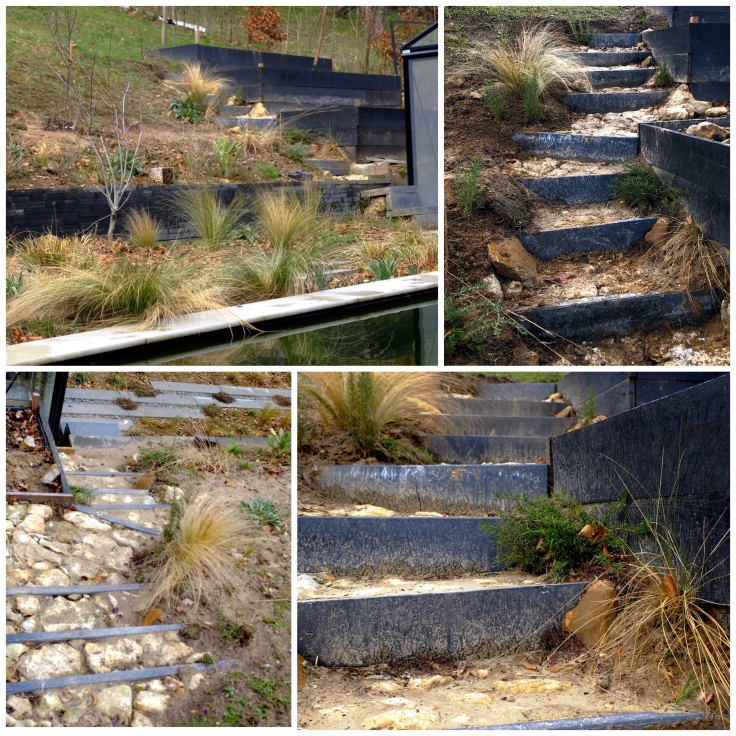 In the front of the house I also made some changes. A narrow strip of steep slope was under-used … well let’s call it more of a big mess. It was too steep to grow things on, and weeds had taken over. Now I terraced it and turned it into the new strawberry patch. The top part will still be planted up with some grasses and flowers as well.

So still on my to-do list is a pergola next to the pool, making a plant scheme for the new borders and do some additional planting. 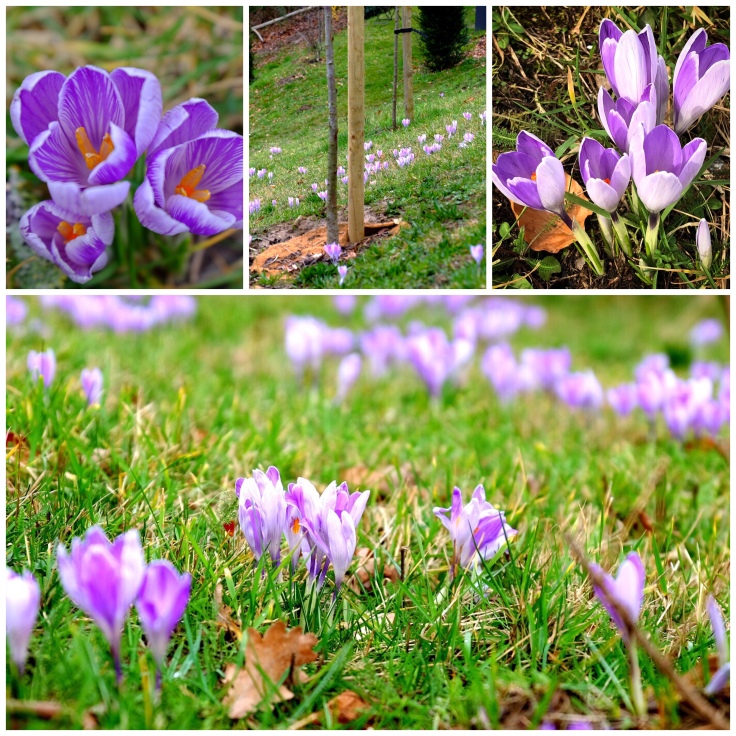 Ah yes, and the sowing season has started as well. Quite excited about some new varieties I am going to try out. So what have you guys and girls be doing in the garden this winter ? Let me know… and all other comments are welcome as well.